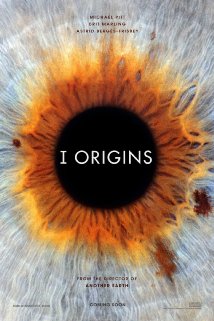 I recently read Biocentrism, by Dr. Robert Lanza with Bob Berman, but this is not a book review – it is a film review. So why do I start off mentioning this book? Because both the book and the film walk a tight-rope between main stream “science” and “spirituality”.

I use the quotations because these words are so strong to some people and, unfortunately, these words have incorrect or inaccurate associations in some people’s minds. Mention “religion”, or, gasp!, “God” to some people and they have automatic reactions which are very real and solid to them, despite the very real and solid, yet entirely different reactions of the person standing next to them upon hearing those same words, hence the never ending conflict around the world… Mention “science” to some people, and the effect is the same. Science is a process, yet to some it is a belief system akin to a religion. Some people cling to “science” like it is their religion – dogma and all. Others see “science” as an opposing belief system to [whatever] their belief system [is]. Meanwhile science is a process of acquiring knowledge. A process. Not the accumulation of “facts”, which are discarded upon being replaced by newer findings. Science is the process.

I say all this because it is like so much noise in the atmosphere, polluting the clear and sweet smelling light of reality. Biocentrism relates to the reader some of the latest findings of those conducting experiments on the world around us. The evidence: in short, consciousness cannot be removed from the equation and, in essence, it can be argued that consciousness (therefor) is the “real”, or given, and “matter”, or the physical world we take for granted as being “real”,  is that which is suddenly found to be the variable – to summarize, perhaps a bit too generally, and in a not entirely logically sequential manner. But I am not writing a review of Biocentrism, nor am I arguing for or against its principal assertion. I mention it because the idea of rejecting the “Western” view of a material world which is real and master to us (whatever “we” are in its view) and embracing a more “Eastern” worldview of inner connectedness through conscious experience is where we are as a society right now and where we are headed in the near future. These ideas, this knowledge is returning to us – its time is ripe and those who cling to ideas of the past will find themselves more and more frustrated by the changes they will be seeing all around them. These frustrated people are the same reviewers who have written so negatively about I Origins in many on and off line media publications. ;-P

“Those who danced were thought to be quite insane by those who could not hear the music.” –various attributees

If you cannot realize and accept that your perception of your life is your life you will probably not enjoy the ride that I Origins is. If you enjoy the dry life of data for the sake of data, convinced that the external world is self sustaining and your consciousness is a random fluke in a dead universe, you strike me as one who would be better off skipping this film – although I could be wrong (what do I know?). Conversely, you could be one who embraces the universal connectedness implied by the awareness that consciousness is the creator and the creation, and perhaps just not like this film for one reason or another. Maybe… Who knows?

Anywho, go see it. Don’t listen to those jerks who write so many negative words about this beautiful film. It’s greatly entertaining and quite a moving experience. There are painful scenes – almost unwatchably painful. But they are necessary to create the final portrait. There are flaws – every film has them, but the closer you look, the less you see them.

One of my favorite lines (quoting from memory – forgive me if I don’t get it word for word):

“If I drop this phone a thousand times, a million times, and just once it doesn’t fall, it just hovers in the air… That one occurrence is worth looking into.”

This site uses Akismet to reduce spam. Learn how your comment data is processed.